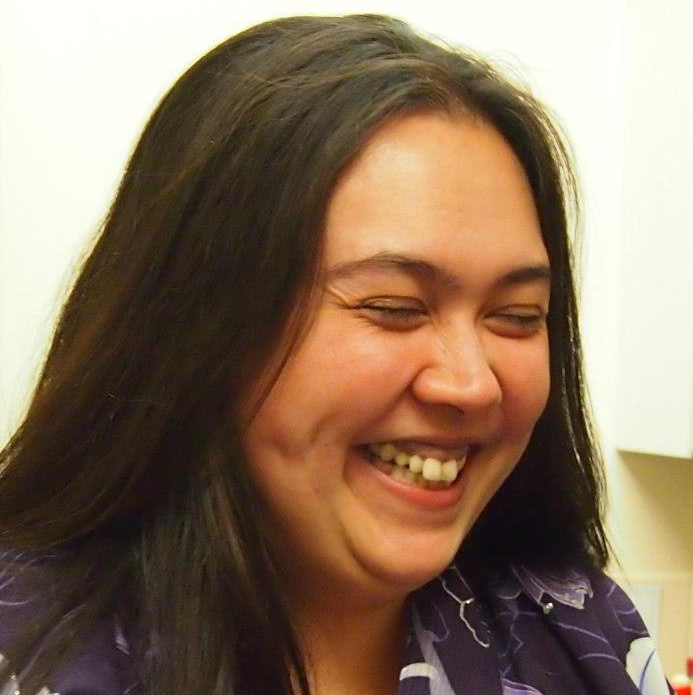 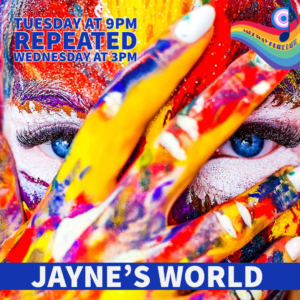 Jayne’s World looks at Anime Film & Special Interest Music
Jayne’s World is to look at the world from a DJ virgin & music disciple perspective, I will be looking at the world of music & the emotions they invoke on the big and small screen which enables you to re-live those moments. Live action, Animation it does not matter…. we will hopefully search this vast musical world for those gems together!
JAYNE BUTLER
DJ / Presenter
Jayne in Jayne’s World…….

Reality or fiction… Who knows? I certainly don’t.

Greetings & salutations to you my dear bio reader,

The world is certainly a strange place, nothing is stranger for me than being a full-time admin worker in an office deciding to become a DJ.  The story of this started a mere two weeks ago, when my lovely life partner Isla made the craziest suggestion. “Why don’t you have a go at being a DJ?” she said, “it’s will be fun!” she said.  At that time all I said was ok, but little did I know what I had let myself in for.

Two weeks later and the weekend before the launch of Medway Pride Radio, I have spent about £200 on CDs & still waiting for half of them to arrive, then still searching for more.  I think I might bankrupt myself doing this. I have also done for the 1st time recorded a show for Shea to listen to, to which I was persuaded to do a live test show the following day, for some strange reason I said “Urm…I guess.”.

I honestly didn’t know what to expect & didn’t know what I was doing, I am also not sure on how to describe the experience – Exhilarating, tense, a constant sense of anxiety? Fun, exciting, so much so I would have a heart attack live on show! Either way I think I may have a bug for it.

Jayne’s World is to look at the world from a DJ virgin & music disciple perspective, I will be looking at the world of music & the emotions they invoke on the big and small screen which enables you to re-live those moments.  Live action, Animation it does not matter…. we will hopefully search this vast musical world for those gems them together!

Random Internet Questions I found to answer as I didn’t know what to ask myself….

Northampton, in hospital, because Milton Keynes didn’t have one in August 1981.

My Dad said that after the drugs they gave my mum & the fact that she had just watched Cannonball run… She was shouting Captain Chaos at the top of her lungs.  Also, I was told that my dad had a bet with the midwife for a Mars bar that I would be a boy.

My dad had a pet duck called Donald when I was small, he came home from work one day and asked what was for dinner…… My mum (from Hong Kong) told my dad that duck was for dinner.  You can guess what happened after he went to call Donald for his dinner.

Happiness is……Music, Food, love and life. Being with people you love.  Share the love!

It will be a passing comment…. What the hell was that?

To fluff up a live show royally.

To lose all my music/anime that and those weird creepy crawlies.

To be able to perform without fluffing up royally.  That there will always be a third option in any situation.

Life is one long spiritual journey that has no end.

I don’t know I am still living it; I will probably learn the greatest lesson just before I die.