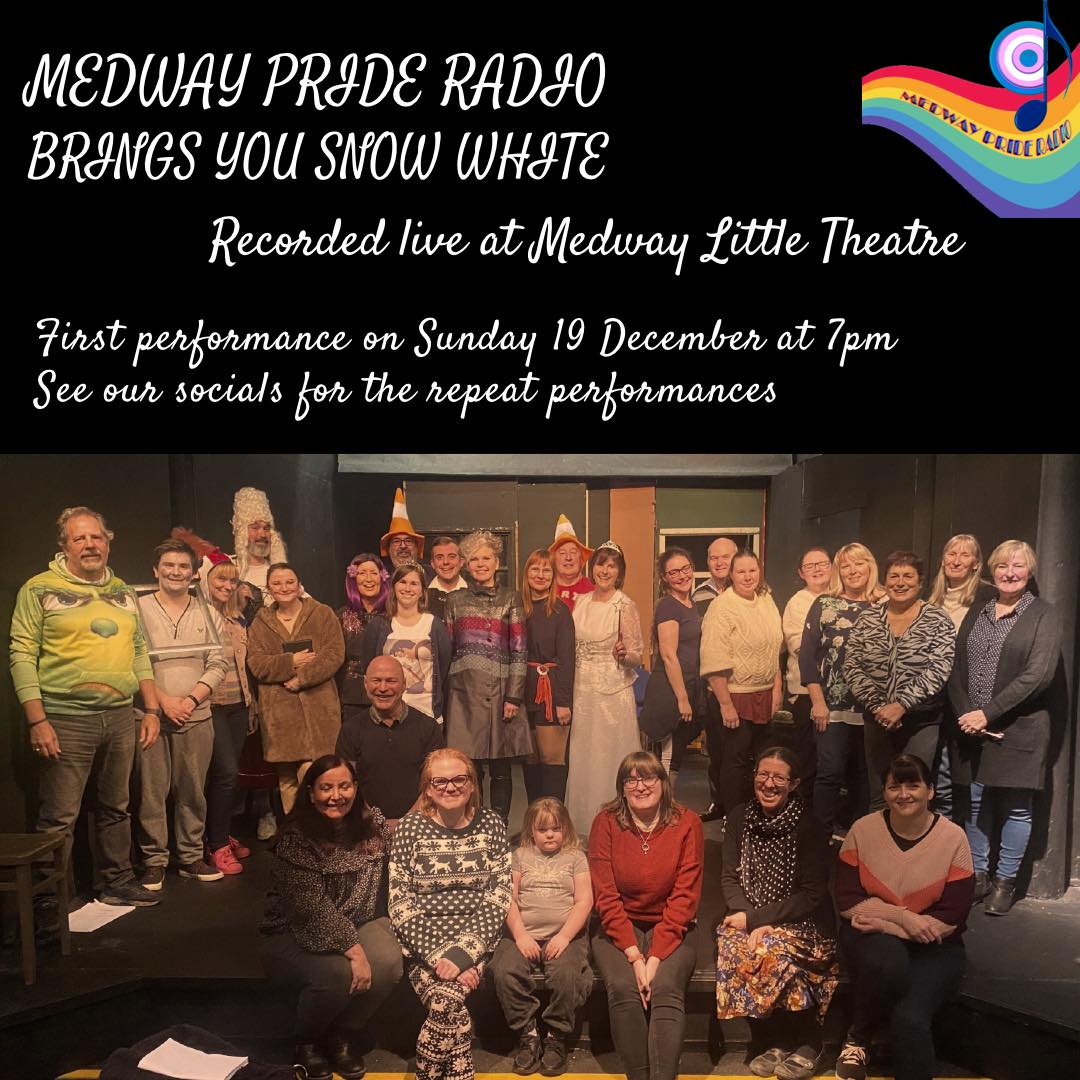 The Medway Pride Radio Panto (Oh No it isn’t!)

I was warned, Christmas is the silly season they said! Watch out for the bizarre ideas they said!

Hang on I am getting ahead of myself. Let’s skip back to just after Medway Pride, the evenings were light and the weather, well it was not ‘Brace for impact!’ like it is with the storms now.

Still glowing from Pride, I ventured to talk about Christmas programming, yes that is how far ahead we are, by the time you read this we will be thinking about rabbits, chickens, and overpriced chocolate.

‘What sort of programming should we do for Christmas?’

The meeting cheered! I looked for the hero.

‘You can’t do a panto on the radio’

The meeting booed! I did not need to look around, I was the villain.

A few weeks later I happened to be in a meeting with Davids Stokes and Wilson… they raised the idea of a panto and my heart sank.

‘But surely pantos are somewhat visual’ I ventured

Five weeks later, in a whirlwind the Tasmanian Devil would have been proud of, David Wilson had managed to rewrite David Stokes’ original script, cast it, found a home for it, had script run throughs. And found a choir, yes, the panto had a choir!

The home for the night was Medway Little Theatre, a beautiful little (as it says on the tin) theatre.

For those who don’t know this 96 seat theatre first opened in 1958 and has more than 400 productions to its name. Situated in the Intra area, it is a hidden gem of a place.

On the night we got there early, and while the boys were thrilled to be allowed to visit the sound booth, Sarah and I were treated to a backstage tour. Backstage of any theatre is always a treat for me, it is a world seldom seen by the ticket-buying public, and somehow it manages to make one curious while dispelling myths at the same time. However, the feeling of history there was palpable, and set the tone for what was to come.

Having got drinks and snacks we settled the boys and the lights dimmed.

No, I am not going to give anything away, other to say that the adults laughed as much as the children did, somethings in very different places, but the skills of David Stokes and David Wilson shone through. I later learned that David Wilson had directed rehearsals with his eyes shut to make sure it made sense on radio.

The cast were sparkling, and the choir was brilliant, and yes it all went perfectly, and the first Medway Pride Radio Panto was born.

I want to thank David Stokes, David Wilson, everyone at Medway Little Theatre, Mick the sound man, all the cast and the choir; all of you made a magical evening for the 12 or so families who were lucky enough to be invited, and I can’t wait to share it with you all!

See our socials for repeats.

One Comment on “The Medway Pride Radio Panto (Oh No it isn’t!)”